Jeju Island is fondly known as ‘Island of Gods’ and is one of the hottest honeymoon destinations in the world. The island is located at the coastal region towards the south of South Korea. The island has got thousands of different species of plants, birds and animals. Jeju Island is also listed as a UNESCO World Heritage Site.

Jeju City which is the capital city of Jeju Island, Seogwipo and Jungmun Resort are the main tourist attraction spots of Jeju Island. There are umpteen number of activities you can engage into to enjoy the eye-pleasing beauty of Jeju. Here are some of them. 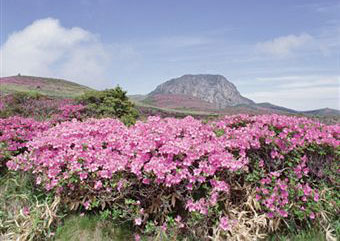 Manjanggul Lava-tube is a cave that extends over 7 kilometers in length. However, patrons are allowed to only access 1 kilometer stretch of the cave. The height of the cave is 23 meters. Jeju has got three places listed as UNESCO World Heritage Site and Manjanggul Lava-tube is one of them. To reach the cave, you can catch a bus from Jeju’s coastal area and then after getting down at the bus stop, you will have to walk about 2.5 kilometers.

The botanical garden at the Hallim Park is quite famous. The entire area of the park has been divided into sixteen gardens. Each garden has its own specialty. Hallim Park has got exclusive gardens for tropical garden, bonsai garden and many more. Another famous botanical garden of Jeju is Yeomiji Botanic Garden. It has got wide varieties of flowers and tropical fruits.

Samyang beach which is situated at the eastern region of the capital city is quite popular for its black sand. Medical experts in Jeju claim that black sand is good for healthy skin. Hamdeok Beach is an exotic beach where you can involve in different kinds of water sports such as kayaking, snorkeling and scuba diving. Some of the other popular beaches of Jeju Island include Iho beach Gwakji Beach, Jungmum beach, Pyosen beach and many more.

Some of the places of interest where you can visit during holiday at Jeju Island include Seongeup Folklore Village, Jeju Folk Village Museum, Folklore and Natural History Museum, Jeju Education Museum, Jeju Independence Museum, Green Tea Museum, Miniature Theme Park (a park where you can find replicas of some of the most popular architectures of the world) and Ripley’s Believe it or Not Museum, Glass Castle, Kimyoung Maze and many more.