It is the largely untouched and unspoiled natural environment of Tasmania that is its main USP. More than one third of the Tasmanian Island consists of World Heritage Sites, national parks and reserves. Small wonder then, that it is known as Australia’s favorite holiday destination. 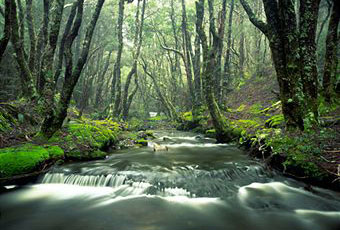 For the outdoorsy among us, there’s masses to do in Tasmania. There is fishing for those who enjoy this pastime. If pitching a tent and camping in the great outdoors is your thing, this is possible too. A round of golf is as easily possible as guided walking tours around the many historic sites.

The unique topography of steep rock faces offers plenty of opportunity for adventure sport such as rappelling and abseiling. Biking and riding an all terrain vehicle are other options if you want to explore the great Australian Bush. Diving, kayaking and canoeing are possible at the many lakes, rivers as well as the miles of beaches.

For those with a sense of history, Tasmania’s convict heritage sites can be fascinating. The small town of Port Arthur is about 60 km south of the capital Hobart is a former convict settlement and an open air museum today. In the 19th century the most hardened criminals from Britain and Ireland were sent here to the penitentiary which was reputed to have the strictest security measures.

Tasmania’s isolation and unique position means a wide biodiversity; several species of flora and fauna being unique to the island.

The hearty and wholesome cuisine is another attraction being influenced by immigration and changing cultural patterns. Then there are the world class wines and beers that are produced in this region to savor. Museums relating to the visual arts are part of the cultural landscape.

The Yacht Race from Hobart to Sydney is a much awaited yearly event. The Taste of Tasmania is the wine and food festival that is another annual event. In addition there are road rallies, agricultural shows, and the Fall Festival. The MS Fest is a charity music festival as well as the 10 Days on the Island arts festival are other attractions.