Moscow, the capital city of Russia, combines the glitter of the 21st century with the monuments and medieval palaces of the past. A trip to this enchanting city makes for an exciting journey into the history of Eastern Europe and Russia’s past. Here are the top five places no visitor should miss in this city. Refer to this Moscow travel guide for more information, as it will help you plan your itinerary and make the most of your visit to Moscow. 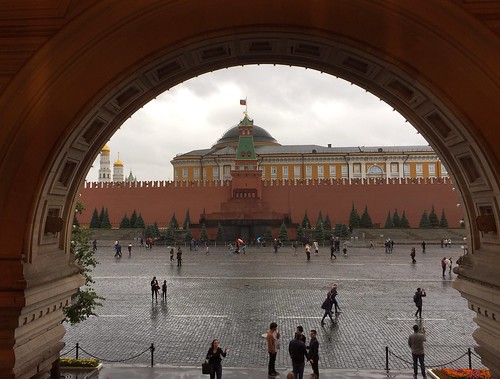 Kremlin is to Russia what the White House is to the United States. It is surrounded by thick walls and massive towers, which give it the look and character of a grand medieval fortress. The Kremlin complex includes the Grand Kremlin Palace, well-manicured lawns, statues, elegant cathedrals, and assorted monuments. The Tsar’s Cannon, Tsar’s Bell, and Cathedral Square are just some of the outstanding monuments. The Tsar’s Cannon is the largest cannon ever built in the history of mankind, and the Tsar’s Bell holds the record for the largest bell in the world. 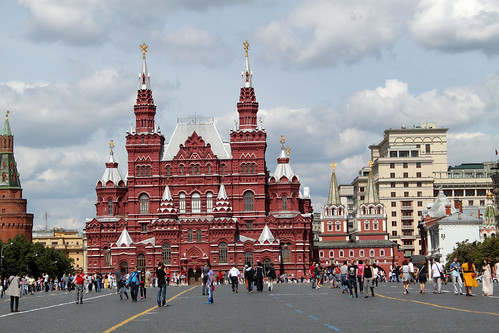 Among the most attractive features of the Red Square is the tomb of the unknown soldier, which has an eternally burning flame to commemorate Russian soldiers. The huge bronze statue of Marshall Zhukov sitting on horseback is a must-see, and the square also houses the State History Museum.

This cathedral must be the most outstanding building in Moscow. It’s like something out of a fairytale. It’s shaped like a cluster of brightly colored balloons, anchored on beautifully curved walls. This flamboyantly colored building was commissioned in 1555 as eight different chapels, which later merged into one huge cathedral. Currently, it’s used as a museum and not as a church. 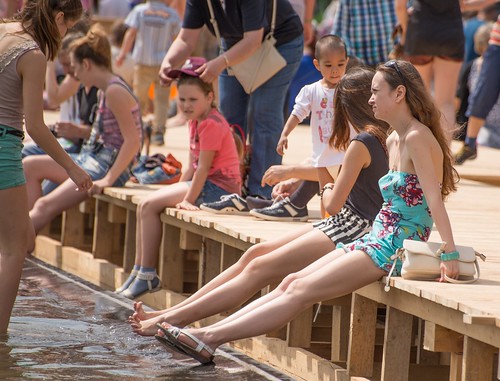 Gorky Park is one massive park situated in the middle of the city, adjacent to the Moskva River. For a great view of the park, board one of the sightseeing boats on the Moskva River. To get a feel of the park, you can take a walk or ride a bicycle. Just relaxing in the open is a pleasant experience as well. Bands and acrobatic groups are common sights in this park. 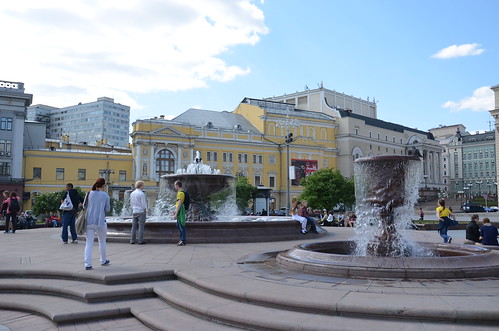 The Bolshoi is the largest theatre in Eastern Europe and important to the history of Moscow. The huge theatre is home to the city’s opera singers and ballet dancers. This theatre is famous for its red and golden interiors, and it can seat thousands of people. The electrifying performances here are sure to leave an everlasting impression of Moscow. A $30 entrance fee is all you have to pay to experience entertainment befitting a king.

In addition to the above, other interesting places in Moscow include GUM, the state department store; Tretyakov Gallery, an art museum; Kolomenskoye, an open-air museum; VDNKh, a high-profile exhibition; the Kremlin Armoury; and the Novodevichy Convent.