Geneva is Switzerland’s second biggest city, and it attracts millions of tourists every year looking to explore the sights and indulge their self in some tax free shopping. Although it has been labelled as the ‘playground for millionaires’, there are still plenty of things to experience in the city if you’re not part of the rich and famous club; on the contrary, some of the best things about the city are its stunning natural wonders. If you’re thinking about taking a trip to Geneva this year, whether its business or pleasure, here’s a brief overview of Switzerland’s most visited city, and the vast selection of the wonderful things you can experience here.

Geneva is the home of the United Nations as well as numerous other international organisations. Red Cross, WHO, UNHCR, etc. are some of the most important institutions in the world, which make Geneva an even more valued and loved city. 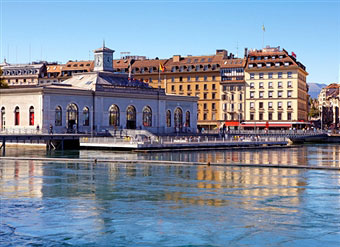 Geneva is also home to CERN as well as the Large Hadron Collider, the world’s biggest machine. Its job is to fire subatomic particles at one another (nearly at the speed of light!) inside the huge 27km magnetic ring, which lies beneath the French-Swiss border. The aim is to discover the Higgs boson in all the debris after these subatomic particle collisions. The Higgs boson, if discovered, would identify why particles have a specific mass, and also further our knowledge of the known universe.

Watch-making is a time honoured tradition in Geneva, as the Swiss have upheld the greatest of reputations for many years. The quality hallmark, only given to watches that are made as per strict production guidelines (like being handmade, etc.), is called the Geneva Seal, or Poincon de Geneve. The International Salon for Prestige Watchmaking, a watch fair exclusive to Geneva, is held every year and attracts thousands of watch makers and wearers. Some of the greatest Swiss watchmakers include Breitling, Cartier, Omega and Rolex. 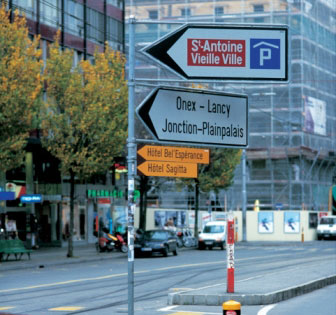 The city of Geneva has been a settlement since the Celtic times, and under the Romans it became an important transhipment point. In the 5th century, the city was conquered by Germanic Burgundians, and was given the status of capital for the first time. Until Reformation, Geneva was the Bishop’s seat, ever since 400 AD. After Reformation, it started to be counted among prominent Protestant centers in Europe. Its cultural and economic upsurge can be accredited to the inflow of refugees it invited after the Reformation.

The Savoy’s Duke was defeated and forced to abandon the city in 1602. Till 1798 when it was absorbed by France, it remained a small city state, and in 1815 it officially became a Swiss canton. Geneva has countless museums which display the city’s great history in a lot more detail; make sure you don’t miss them while holidaying here this year.