Europe is one of the most popular holiday destinations in the world, with countless millions flocking to and across the continent every year. A diverse and historic hotbed of culture, Europe has a lot to offer across its key cities, and increasing numbers are choosing to visit these “old world” locations to sample the history for themselves.

For those choosing where to visit in Europe, here are our top 5 must-see city destinations.

The capital city of the UK, London is one of the world’s major financial and cultural centers. A metropolitan city with a large, diverse population, London has much to offer the casual visitors. Its historic sites and attractions like the Tower of London, Buckingham Palace, Big Ben and others make it an ever-popular option. For those with more discerning tastes, it is home to grand museums, art galleries and concert halls. London is one of the world’s iconic cities, and it is a must-see for anyone who enjoys traveling. And if you keep an eye out, you may even spot the Queen. 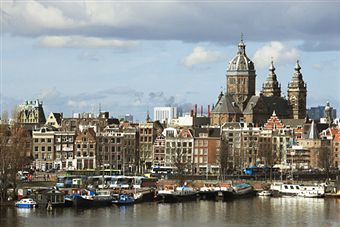 The Netherlands is known as a liberal culture center, and its contribution to the zeitgeist over centuries has been considerable. Formerly a major port for trade, Amsterdam today is a city of two halves. On its commercial side, it is something of a powerhouse for the Dutch economy, home to the country’s financial sector and major industry. But by night, Amsterdam is the social capital of the region. Its famous food and drink attract visitors from across the wider world – this city has so much more to offer than stereotypical clogs and windmills. With more canals than Venice, Amsterdam has a unique charm that makes it an essential destination for any tourist.

The famous “City of Love,” Paris is synonymous with romance and marriage proposals. Located in the northern quarter of France, Paris sits on the banks of the River Seine. For the millions of visitors who choose to flock to the city every year, the Eiffel Tower is only the beginning. From fashion to art, cuisine to high culture, there is plenty to see and do in and around Paris. A particular highlight is the Louvre, the gallery which is home to the Mona Lisa, in addition to a range of masterpiece works. 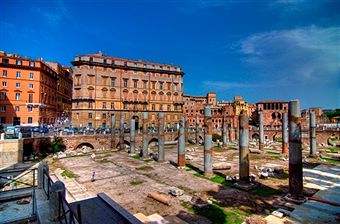 The Italian capital attracts around 8 million visitors every year, making it the continent’s third most visited city (after Paris and London). While there are various reasons for visiting Rome, arguably one of its main attractions is the several thousand years of civilized history, and the remnants that still stand today of a once globe-dominating empire. The Colosseum, the Pantheon and the famous Leaning Tower make this region a must-visit destination.

The Belgian capital is one of the lesser visited cities by tourists outside of Europe itself, but its historic streets and gothic architecture hold extensive promise for anyone considering a break away. Aside from its many grand museums and galleries, the historic attractions of Brussels make it one of Europe’s most exciting, if undiscovered, vacation destinations.