The Isle of Anglesey, a small island located off the North West coast of Wales, is filled to the brim with fascinating history and colourful local culture. This largest of the Welsh islands has been inhabited for centuries. With over 70% of the population still speaking Welsh, this is a great place for a relaxing and educational holiday. 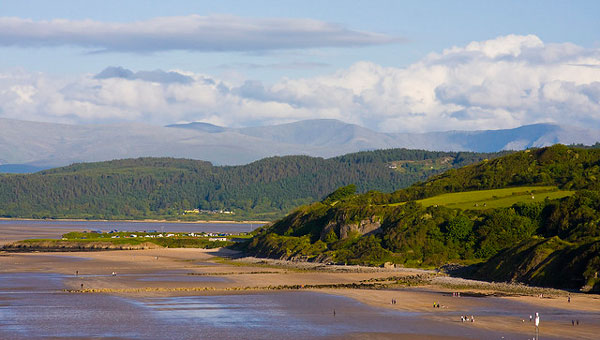 Here are some of the top spots you shouldn’t miss out while visiting Anglesey.

King Edward I began the building of Beaumaris Castle in 1295 and displaced the entire population of the nearby village in the process. Edward I wasn’t too bothered about his popularity with the local Welsh population and continued on to build this, the last of his ‘iron ring’ of castles which can still be found all along Wales’ North West coast.

Today, this 13th century castle is a designated UNESCO World Heritage Site and provides a fascinating glimpse into the historic relationship between England and Wales. Don’t miss a visit to the nearby Beaumaris Gaol where you might just meet one of the resident ghosts.

Delve even further back into the history of Wales with a visit to this Neolithic passage tomb. Bryn Celli Ddu has fascinated archaeologists and linguists for decades, and there are still disagreements over the meaning and purpose of this ancient monument. Regardless of the academic arguments, this is sure to be a fascinating outing for the whole family, where you can investigate one of the last megalithic tombs built in Wales.

Originally built in 1775 this one time granary mill is today the only working windmill left in Wales. The Isle of Anglesey was once considered to be the Granary of Wales because of the quantity of grain that was grown on the island, and was at one time home to over 50 working wind mills!

Today Llynnon Mill is an agricultural museum that produces its own organic, stone ground flour. Here you’ll also find two recreated roundhouses and the refurbished bakery, where you can learn more about Welsh traditions of the 19th and 20th centuries. Make sure you leave yourself enough time to visit the Llynnon Tearoom which serves traditional homebacked Welsh treats.

Overlooking the beautiful Menai Strait is Penmon Priory where a monastery has sat since the 6th century! There were two monasteries built on Anglesey, St Cybi’s monastery at Holyhead, and Penmon’s, located on the north-eastern edge of the island and founded by St. Seiriol. The 2 founding saints were, in fact, friends and would walk the length of the island weekly to meet.

At Penmon, today you will find a collection of historic buildings, the oldest of which is thought to be St Seiriol’s well. The well has long been thought to hold healing powers and has been a site of pilgrimage for centuries.

For such a small island there are so many interesting things to see and do. If you are planning a holiday to the island, a great accommodation idea is renting a self-catering cottage. Holiday cottages are a great option for family holidays, and many will even let you bring your pets along.

So, on your next trip to Wales why not take the short trip across the Menai Strait and discover the beauty of the Isle of Anglesey.