If you’re booking a hotel near London Euston you are putting yourself right in the heart of the action and the transport links as far as the British capital is concerned. Your location will be absolutely perfect if you have business to conduct anywhere across the city and you want to keep your costs down while staying somewhere that quality of service is taken seriously. 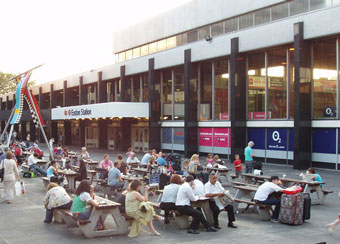 You can book a night at Travelodge’s hotel near Euston within a matter of moments online and while costs can vary they are uniformly great value for money. And when we say near Euston station, that is precisely the case because you could literally throw a stone over to the tracks, possibly, if you had a good arm.

In any case, the hotel is excellently kept and as reliably well equipped as any of Travelodge’s establishments. The real beauty of it though is the sheer convenience of being so close to what is one of the UK’s most important transport centres.

In fact, as you may know already, Euston is not only close to its namesake train station but also to both King’s Cross and St Pancras International, which opens up a string of other options for you if you have to criss-cross London, the south-east of England and even continental Europe for any reason. You can in fact walk within a few minutes from Euston to St Pancras, with little except the British Library in between, which you might like to know is free to visit and a genuinely amazing place to have a wander around if you have a few hours to kill or a keen interest in historical literature.

Beyond your almost immediate vicinity as well you’ll have Hyde Park, Buckingham Palace, the West End, the City of London, the South Bank and much, much more within reach of a very straightforward journey.