The UK is a lovely place to drive around, whatever the season. If you’re coming from outside the UK, compare car hire online before you arrive. A lot of people in the UK own cars, but there is a high concentration of those who don’t in London – as there is no real need to use a car in the city. 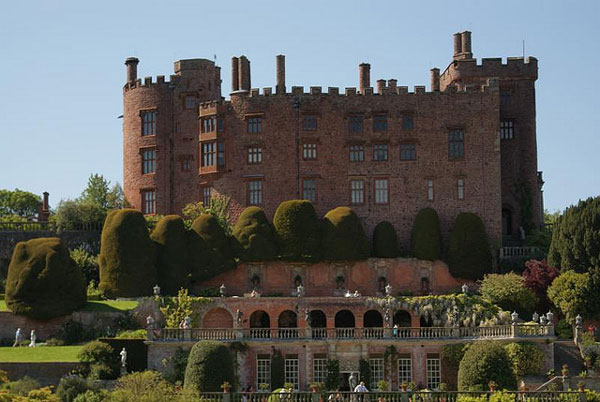 The time when it’s a good idea to hire is if you want to explore outside of London, or any other city for that matter. There are plenty of wonderful places to drive to in the Great British countryside. The National Trust owns many of the stately homes, country houses and castles. In fact wherever you are, you’re never more than 40 minutes away from a National Trust property.

South of London is Petworth House and Park. The house is a large 17th century mansion set within the grounds of a massive deer park. Here you will find the largest fallow deer population in Britain. The house featured in some of Turner’s paintings and there are a number of Turner’s works inside as well as some by Blake. The art collection here is the most impressive of any of the National Trust properties being its largest. The house can be found in Petworth on the A283.

The South West has lots of lush green countryside to explore. It has the Cotswolds and Mendips as well as Stonehenge. Famous here is the beautiful Stourhead. There is an 18th century garden with a fantastic lake. There are neoclassical architectural delights and hidden caves. There is a house filled with all the usual things one would expect to find in a house owned by the wealthy gentry of the time, a library, Chippendale furniture, that sort of thing. Find it at Stourton, off the B3092.

Also in the South West is charming Lacock Abbey. The abbey received extra attention following the release of the film Harry Potter and the Chamber of Secrets as the cloisters, in particular, were used as one of the locations in the film. Lacock is off the A350 not too far from Chippenham.

There are many castles in the UK, particularly in Wales. It is here in Wales that the National Trust has Powis Castle, which is renowned, as many of these properties are, for its lovely garden. The site has been home to a castle since 1200. It was a fortress, then given makeover after makeover over the years until finally morphing into what you see today. There is a good Indian collection from times of the Empire. The castle is a mile to the south of Welshpool off the A483.

Up in Yorkshire is the majestic Fountains Abbey, which is a World Heritage Site. Here are the ruins of a 12th century abbey, plus there is a preserved Cistercian mill. There is much for kids to do here too, with a play area, bat-spotting opportunities, the possibility of finding ancient graffiti at Fountains Mill and searching for the hermit’s grotto in the water gardens, which were a Georgian addition.