Holidays are a time of fun and frolic, rest and relaxation; time for bonding with family or getting to know new people, right? Well, if you’re lucky this any of these is your holiday scenario. However in many cases, things may go very, very wrong indeed! 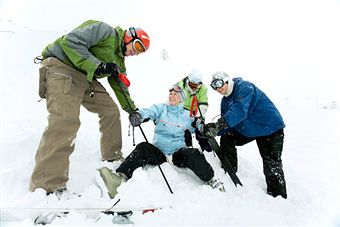 There are a lot of problems that you could have, that would require help while on holiday and they could happen at home and abroad. And things could go wrong irrespective of whether you have booked your holiday through a travel agent or independently. Here are some of the instances when you may need help:

2. Poor accommodation at the hotel

It could be that poor upkeep and repair of the hotel premises caused a fall or slip or other accident that resulted in an injury. For instance a broken tile in the bathroom caused one to slip and fall; or a broken or splintered step caused a fall or other injury. It could also happen that the hotel had undertaken to provide safe drinking water but that the level of hygiene and the safety of the food and beverages was questionable, which led to a problem.

4. Food poisoning and other illnesses

Among the infections and illnesses that you could suffer from when you’re on holiday, food poisoning is among the most common. You end up eating or drinking something that doesn’t agree with you and end up having to fork out considerable amounts for medical treatment or even hospitalization.

This is another eventuality that could turn your holiday into a tragedy.

It is possible to get insurance before your holiday, which will take care of many of the above eventualities. Or you could consider getting professional help to see whether you could make a claim.