It would be fair to say that the travel industry has changed immensely over the last decade or so and it has certainly become much more ‘no frills’. More and more holidaymakers are becoming less concerned about the minor details about their getaway, and more bothered about the bottom line.

The emergence of budget airlines such as Ryanair and EasyJet has unquestionably affected this, although a lot of hotels are now following suite and many travellers are more than happy to also stay in basic accommodation, if it means paying bottom dollar for their dream destination.

Bearing this in mind, our question is should this also apply to airports? While we don’t have any official statistics to hand, if one was to analyse a lot of holidays offered by UK travel agents it’s usually the case that some airports prompt cheaper deals than others. 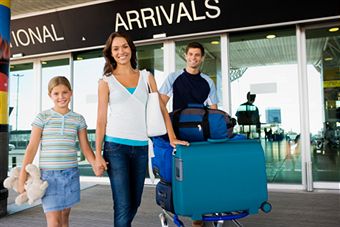 For example, fly from a small airport like Coventry and the chances are that it’s going to cost slightly less than one of the more ‘fashionable’ and well-known airports like Gatwick, Heathrow, Stansted or Birmingham. Of course, there are going to be exceptions, but on the whole there’s no doubt that certain airports are usually part of cheaper packages.

So, should you really shell out extra for the ‘airport experience’? If you are looking to keep costs to a minimum, probably not. However, if you fall into the opposite group, here are some factors which can distinguish between a good airport and a bad one – something that could actually make or break your whole holiday as we’ll find out…

In the introductory portions of this post we spoke about a small UK airport and some of the larger ones based in the capital. Funnily enough, this first factor doesn’t really have anything to do with size. Instead, it’s related to the construction, management and in some cases – just plain bad luck. For example, fly from an airport designed by a reputable firm such as ATG Airports and the chances of one of the runway systems failing are decreased phenomenally.

Of course, one could argue that some of these airports are using outdated systems which increase the chances of such events occurring. However, rather than getting into a technical debate about the infrastructure at each UK airport, we’ll leave you with the above link to the Civil Aviation Authority which shows, in basic terms, which airports are more likely to stay open and keep your flight on schedule when the going gets tough. 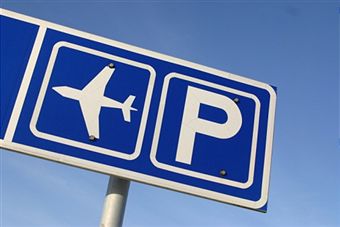 You’re (probably) about to jet off into some hot and exotic location, so finding the space for your trusty motor will be the last thing on your mind. However, once you arrive at the airport (or at the parking facilities should we add), your opinion might change.

A lot of the newer airports have fantastic parking facilities that mean passengers have just a short walk to the terminal building. Doncaster is a prime example of this, but at the opposite end of the spectrum there are those facilities which require passengers to catch a half hour shuttle bus from their parking point. Suffice to say, it’s a load of hassle and doesn’t exactly set the mood for a relaxing escape.

No, we’re not talking about which airport has the best security systems – whether this is the latest metal detectors or the over-zealous guards.

In peak times, some airport security areas just cave in to passenger demand. A backlog of passengers is created and again, it creates a stressful environment. No-one likes queuing, but even fewer people like missing their flight. Unfortunately, with some security points taking hours to bypass, this is something that can and has happened in the past.

Of course, you could turn up four hours before your flight and leave nothing to chance. However, it’s again about making the day as seamless as possible and this can be done by selecting an airport which can comfortably deal with anything that is thrown at it. This is also a situation where bigger doesn’t always mean better, although there’s no doubt that established airports do have the resources to at least try and make their security stages more efficient.

This perhaps isn’t quite as important for flights from the UK, but anywhere else in the world and curfews can be a problem. A lot of airports in the States, with Austin-Bergstrom International and McCarran International being two major examples, fall into this group and no flights are permitted between specified times due to residential considerations.

Midnight seems a common ‘cut-off point’ although even if your flight departs at 9pm, you might be in trouble. A three hour delay could turn out to be much, much longer and because of the curfew, the authorities might not allow it to depart until the early hours when flights are permitted again.

Therefore, curfews can be a major problem. While a surprisingly high number of UK airports are affected by curfews, it’s actually much rarer to hear a story of them causing a problem. Instead, they are more likely to hinder your return flight, with other countries enforcing the regulations much more strongly.

Finally, airports are a bit like cruise ships these days – they have everything and anything. Some are part of full-scale shopping centres, while others have every established food chain you can think of.

Of course, the above only applies to the major facilities. If you happen to have chosen a smaller one, you could be in for a boring ride. Arrive the ‘standard’ three hours early and you’ll be kicking your heels before you jet off. It might not sound a big problem, but when it does happen you might end up regretting your choice and wishing you’d paid a few quid more, just to stop listening to those painful ‘when are we going?’ questions from the kids.

All of the above might not deter many people in the slightest. A lot of travellers have come to accept that airports aren’t there to make our trips pleasant, they are just something that we have to experience. However, the point we’re trying to make is that some airports are better than others and some will improve the chances of you jetting away without any hiccups. You’ve already paid out hundreds, if not more, to get away from work for the week. One could ask what’s a little bit more just to make your trip even more relaxing?