The ancient city of Halicarnassus acted as the capital of a small Mediterranean kingdom along the coast of Asia Minor back in 377 BC. The kingdom was ruled by Hecatomnus of Mylasa. After he died, Mausolus, his son, took over the empire. By this time, Hecatomnus had extended his small kingdom to include much of southwestern Asia Minor.

Mausolus, who admired the Greek way of life, and his sister Queen Artemisia ruled the kingdom for 24 years. He built several cities along the coast that were based on Greek design and also implemented traditional Greek democratic government traditions. 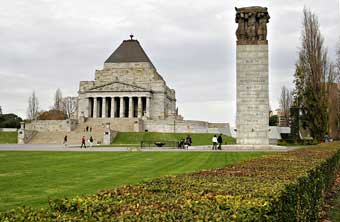 Artemisia was left as the sole ruler in 353 BC after the death of Mausolus. She wanted to pay tribute to her former husband and brother by honouring him with the greatest tomb ever built. Years after its completion the Mausoleum of Maussollos became known as one of the seven wonders of the ancient world.

Artemisia wasn’t concerned about the cost of the tomb and hired the best Greek artists of the era, including Scopas, who had previously worked on the Temple to Artemis. He was helped by other sculptors including Leochares, Timotheus, and Byaxis as well as hundreds of skilled workers.

They built the tomb in a courtyard on top of a hill so it could overlook the city, with the tomb sitting atop a stone platform in the centre of it. A staircase was built so they could access the platform and it was decorated with stone lions. The site was also adorned by several statues of famous gods and goddesses as well as stone warriors on horseback.

The tomb was made of marble and the mausoleum itself was 140 foot in height. There were also several sculptures that depicted famous Greek battle scenes. The roof of the structure was shaped like a stepped pyramid with a statue of Mausolus and Artemisia being pulled in a chariot by four horses.

After the building of the tomb had begun, Halicarnassus was invaded by ships from the island city of Rhodes since Mausolus had conquered it and the citizens had learned of his demise. However, Artemisa knew the fleet was on its way and surprised the Rhodian troops once they reached the harbor.

She then had her own soldiers board the invading fleet and they sailed to Rhodes. The Rhodian people thought it was their own victorious navy returning home and Artemisa’s soldiers captured the city without any resistance.

Artemisa died just two years later and she was to be buried next to Mausolus in the tomb, but it hadn’t been finished yet. Once it was completed, the mausoleum stood for almost 1700 years, even after Halicarnassus was conquered and attacked several times. It finally succumbed to several earthquakes and just the base of the structure could be seen by the year 1404.

Invaders used the broken stone when to construct new buildings and strengthen their castle walls. You can still see pieces of the polished marble there today. In addition, some of the statues and other works of art from the site are now residing at the British Museum in its Mausoleum Room. These were recovered after the site was excavated and the Mausoleum of Maussollos at Halicarnassus was found.