Eight large islands, several small islets, many atolls and undersea seamounts in the North Pacific Ocean constitute the scenic archipelago of Hawaii. A massive undersea mountain range is exposed above the sea to form the Hawaiian Islands.

The climate of the Hawaiian Islands is mild all through the year and mainly tropical. At sea level average summer temperature (May to September) ranges from 29°C to 32°C and winter temperature (October to April) from 26° C to 28 °C. At higher altitudes, temperature is significantly lower. 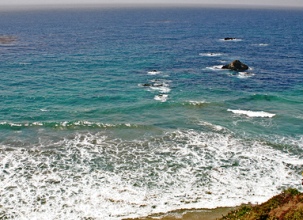 The 8 large islands are:

Location: Hawaii state, USA. Very close to the middle of the Pacific Ocean; About 2400 miles from San Francisco to the east and 4000 miles from Asia to  the west.

The major airport in Hawaii is the Honolulu International Airport (HNL). It is the entry point for most tourists and is well connected by flights. Maui, Kauai and Big Island are also connected by direct flights to the US mainland.